Get fresh music recommendations delivered to your inbox every Friday.

by Circus of Fools 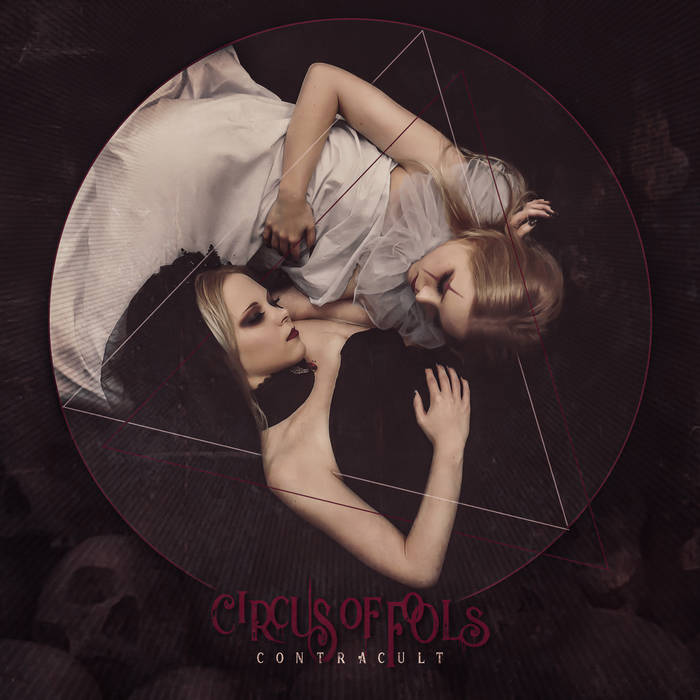 Circus of Fools is, by all means a live band! Whether metal festival or gothic show – Circus of Fools often leave
mouths wide open, circling heads, moshing masses and… a polonaise? This band is many things, but definetely not
standard. The dark clowns from Tübingen/Germany with their two fronters Caro Saia and Tim Strouken were able
to woo critics and fans equally with their sophomore opus REX. It’s a creative melting pot of brutal heavy metal, bittersweet
melodies and a spoon full of madness. And the band is not going to slow down any time soon: On January
10th, 2020 they will release a new mini album called Contracult, only 1.5 years after the birth of REX. Contracult
will contain a featuring of Coppelius-clarinetist Le Comte Caspar as well as six more tracks between melancholic
gothic beauty and rock-hard, deafening death steel.

Contracult was produced, mixed and mastered by Lasse Schlör.
Contracult was recorded by Tim & Coen Strouken in Tübingen, Schopfheim and Zürich except bass recordings by Yannick Ninkov in Neumünster.
Guest tracks of Le Comte Caspar, Schlör, Weitzenbürger and Loeprecht were recorded by themselves.

All lyrics were written by Tim Strouken & Carolin Saia.
The greek text of track 3 is an excerpt from the Iliad (Ἰλιάς) by Homer; Book 4, line 440-441 and line 444.
Track 7 uses a sample of the speech King George VI delivered at the dawn of WWII on September 3, 1939.

Circus of Fools is, by all means, a live band: a bombastic show, elaborate costumes, a charismatic front-man, a female singer with an extremely versatile voice and congenial musicians provide an inherently consistent picture between moral and madness. These anarchistic clowns are the filthy reflection of our society and an incredibly energetic band. ... more

Bandcamp Daily  your guide to the world of Bandcamp